Ice skating in English Ice skating and in French patinage sur glace ice skating is used for transportation, entertainment or sports, it is also possible It can be done on natural ice (such as frozen lakes) or artificial and artificial ice, as well as in special indoor halls or outdoors. Ice skating is the name given to a form of ice skating.
Skating (ice skating) can be done individually, in pairs or in groups.
This beautiful exercise involves stretching and moving the body while maintaining balance. 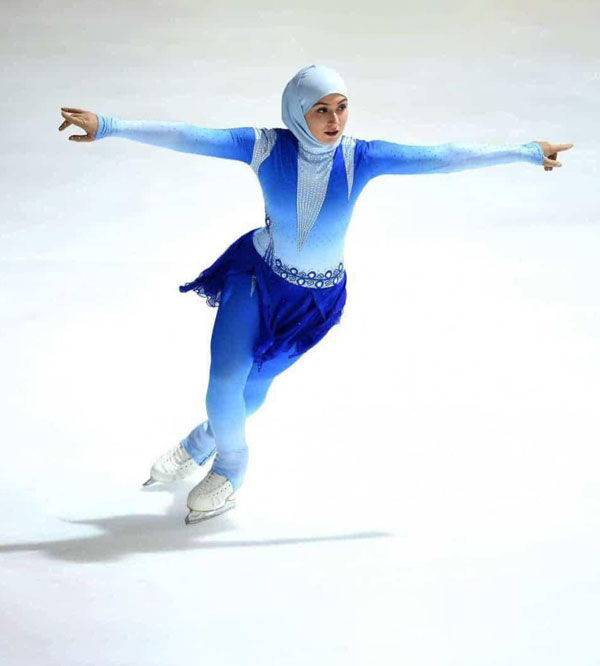 Skating (ice skating) can be done indoors, and in countries with snowy winters, including Canada and Russia, the sport is still practiced on the slopes.

Performing acrobatic movements on the ice while skating is one of the most difficult sports movements that the athlete needs a lot of practice and practice to do.

The World Skating Championships are held every year in different countries and the champions of this discipline are generally from cold countries such as Russia, Canada and Germany. In recent years, athletes from the United States and China have also been among the medalists.

Skating (ice skating) has had a special place among the people of the Netherlands and England in the past centuries and has been one of the favorite sports of these two lands in winter. The world’s earliest evidence of skating dates back to a Canterbury monk named William Fits Stephen, who lived in London from 1175 to 1118. 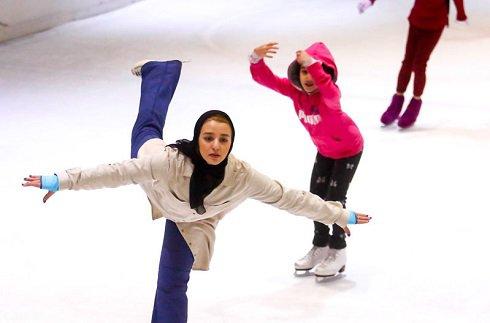 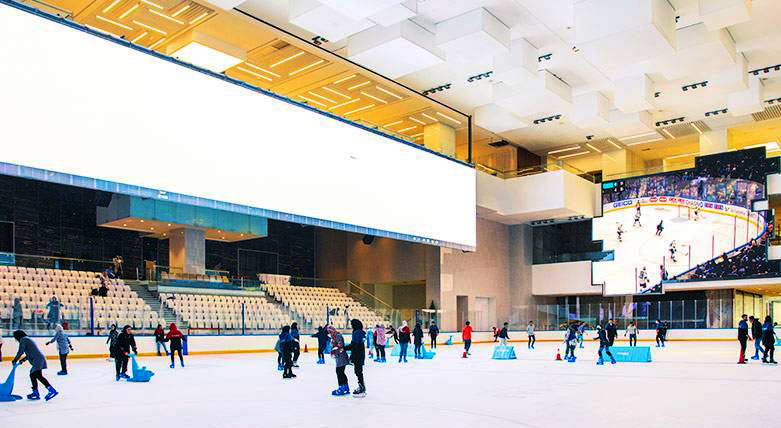 The process of skating formation

The exact formation of this sport is unknown, however, archaeologists believe that ice skating (skating) has a great geographical spread. Archaeological evidence of primitive skates made of animal bones in cold regions such as Russia, Scandinavia, Britain, the Netherlands, Germany and Switzerland shows that humans in ancient times also used this fast and simple method to cross large areas and They used frozen. The surface of these blades was slippery by constantly rubbing the bones of prey or animals and was fastened to the foot with straps.

The first description of skating (ice skating) was made in a 15th-century work of art by the Dutchman Johannes Brugman.

As can be seen in the works of the great Dutch painters, ice skating in the Netherlands was not limited to any class, age or situation, and everyone could enjoy it. In other countries, however, skating was limited to the elite.
Emperor Rudolf II was so interested in ice skiing that in 1610 he organized an ice carnival at his court to popularize the sport.
King James II of England also became very interested in the sport during his exile to the Netherlands, and when he returned to England, he introduced the “new” sport and entertainment to the British elite.

Louis XVI, the French emperor, brought skating to Paris during his reign. 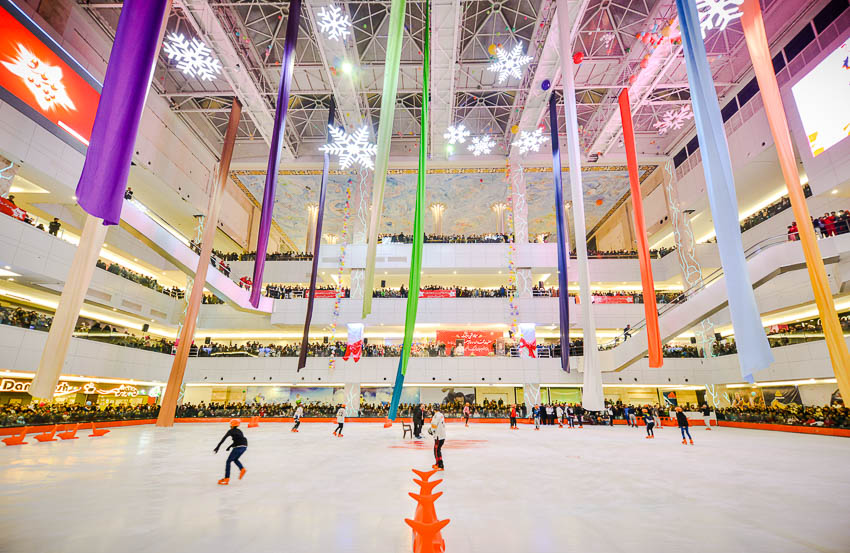 The steel blade under the shoe can move around with an icy surface with minimal friction. Of course, bending the blade slightly and dipping it in ice helps the skater to control his movements by increasing the friction. In addition, he can use the force of gravity to control and accelerate his movements by moving on the curved edge of the blade and placing his body at the right angle and keeping the knee bent.

Another way to accelerate is to press the blade on the front of the ice so that the ice is cut and pushes the skater forward. A skilled skater can combine the above two techniques, called “drawing”, to achieve a state in which he apparently buys beautiful curved paths without any special effort.

Numerous experiments have shown that ice at minus 7 degrees Celsius has the least amount of kinetic friction, and many indoor skating rinks adjust their systems based on this degree. On the outer surface of any ice cover at temperatures above minus 20 degrees Celsius, there is always a very thin membrane of liquid water, the diameter of which varies from just a few molecules to several thousand molecules.
The reason for this membrane is the abrupt end of the ice crystal structure. The thickness of this liquid membrane depends only on the temperature of the ice surface, the higher the temperature, the thicker the membrane will be. Of course, skating (ice skating) is also possible on surfaces colder than minus 20 degrees, at which temperature the liquid membrane will not form naturally.

Skating or ice skating in the word

The definition of skating in the dictionaries is as follows: Ice skating – narrow steel blades that were attached to the shoe in its earliest forms and later partially integrated with the sole of special boots. شد. Skating (ice skating) was initially done only for fun on rivers, natural ponds and frozen lakes, and later became part of the sport, and indoor lands have long had four seasons to go. 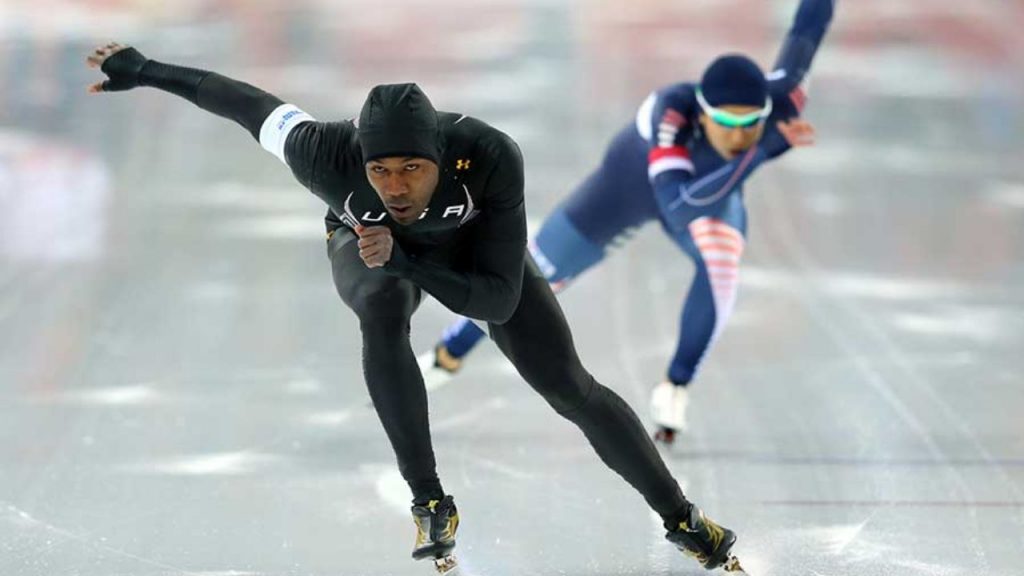 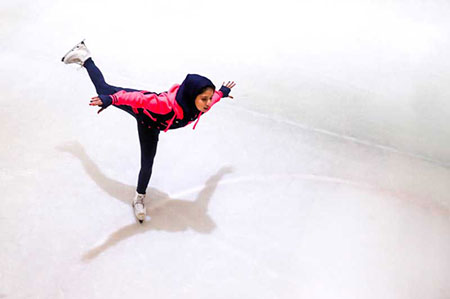 Exercises based on skating or ice skating

Pishgaman Trade and Sustainable Development Company was registered in 2006 with the mission of providing engineering services and equipment for the country’s infrastructure industries, especially the oil industry. This company has a mission to use and train efficient technical and engineering personnel and graduates.

All rights of this website are reserved by Pishgaman Tejarat Sustainable Development Company.

wpDiscuz
This site is registered on wpml.org as a development site.